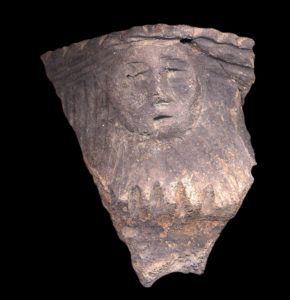 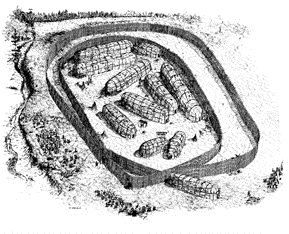 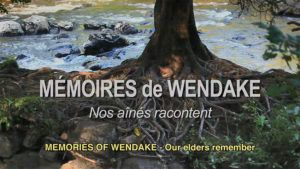 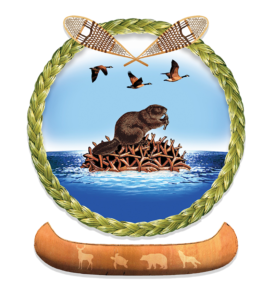 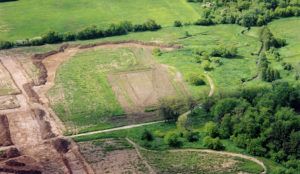 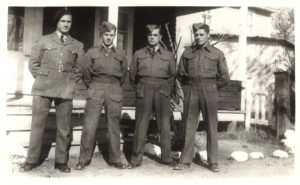 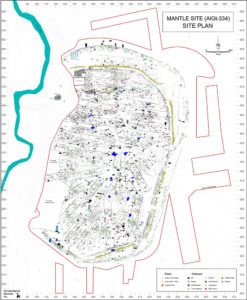 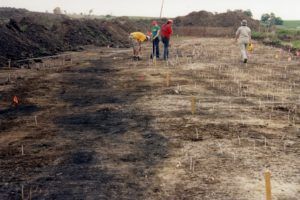 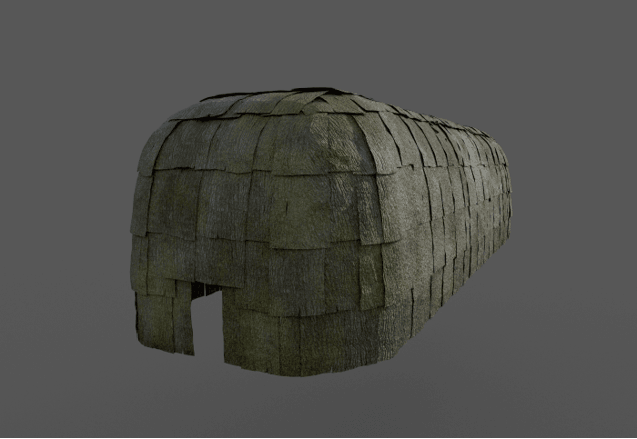 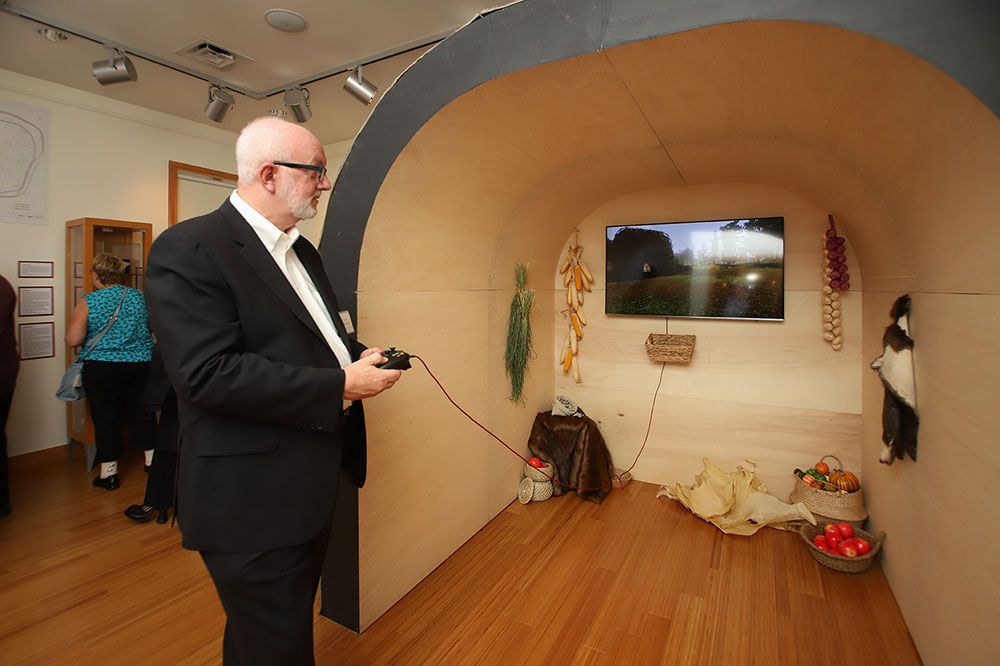 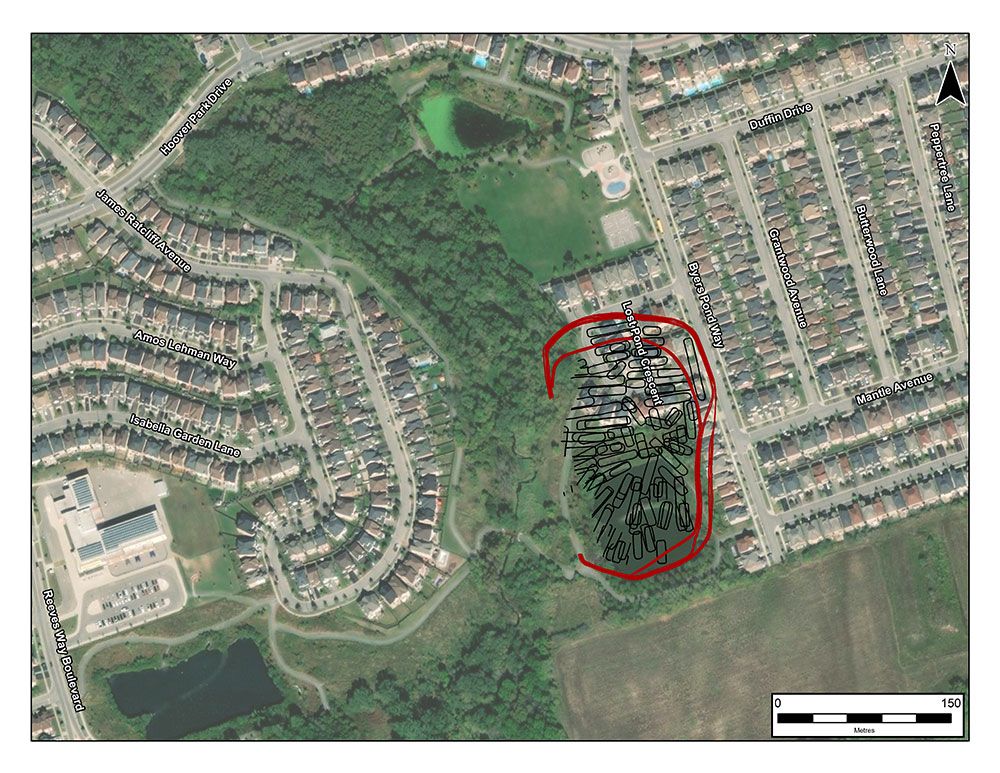 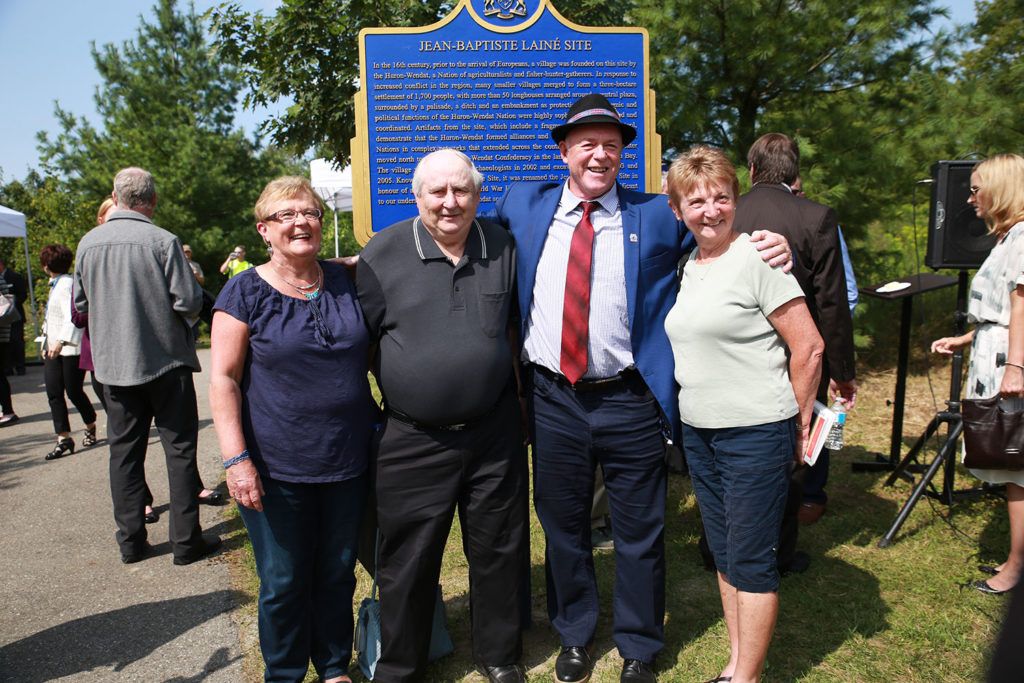 In the 16th century, prior to the arrival of Europeans, a village was founded on this site by the Huron-Wendat, a Nation of agriculturalists and fisher-hunter-gatherers. In response to increased conflict in the region, many smaller villages merged to form a three-hectare settlement of 1,700 people, with more than 50 longhouses arranged around a central plaza, surrounded by a palisade, a ditch and an embankment as protection. The economic and political functions of the Huron-Wendat Nation were highly sophisticated, integrated and coordinated. Artifacts from the site, which include a fragment of a Basque iron tool, demonstrate that the Huron-Wendat formed alliances and traded goods with other First Nations in complex networks that extended across the continent. The community later moved north to join the Huron-Wendat Confederacy in the lands south of Georgian Bay. The village was identified by archaeologists in 2002 and excavated between 2003 and 2005. Known initially as the Mantle Site, it was renamed the Jean-Baptiste Lainé Site in honour of a decorated Second World War Huron-Wendat veteran. The site is significant to our understanding of Huron-Wendat socio-economic and political history. 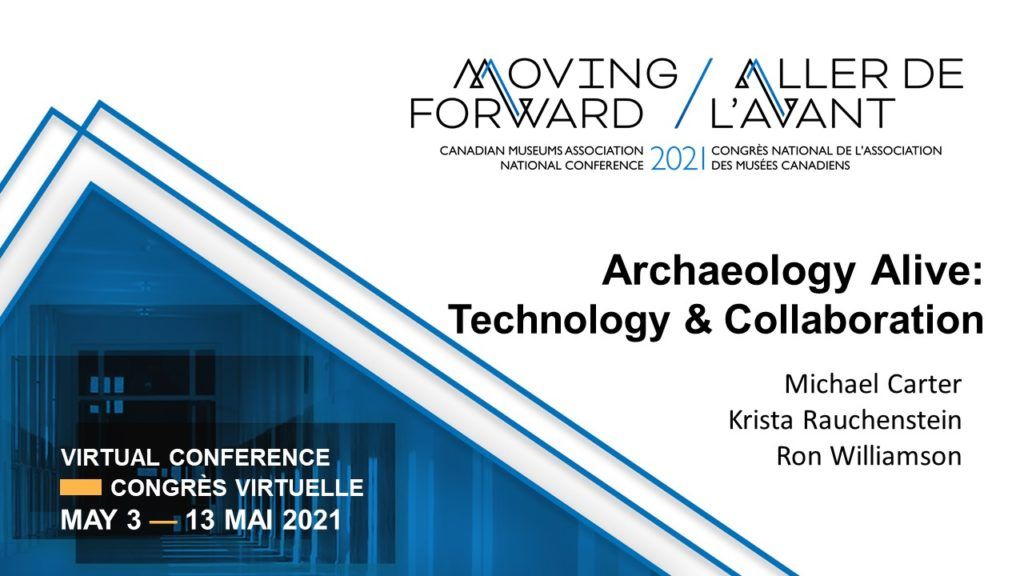 The following presentation was prepared for the Canadian Museums Association National Conference: Moving Forward and was live on May 11, 2021.

Learn about the collaborative process behind the creation of the award-winning exhibit, Archaeology Alive: The Jean-Baptiste Lainé Site in Whitchurch-Stouffville, winner of the 2020 Ontario Museum Association Award of Excellence in Exhibitions.  Join us as we discuss the collaborative process illustrating partnerships within and beyond the museum sector that led to the creation of this important exhibit which includes artifacts on loan from the Canadian Museum of History and the Huron-Wendat Museum, a Virtual 3D longhouse experience, and oral histories from Huron-Wendat Nation members; learn about the impact this project has had on the community and beyond.

Speakers of our presentation.

Krista holds a B.A. in History (minor in Sociology) from the University of Waterloo, a B.Ed. from York University, and an M.A. in Public History from the University of Waterloo. She has also earned the Certificate in Museum Studies from the Ontario Museum Association. With over 15 years in the museum field, Krista has worked at a number of institutions in both educational & curatorial roles. Krista is the Curator & Supervisor at the Whitchurch-Stouffville Museum & Community Centre. She is pleased to be presenting at the Canadian Museum Association’s National Conference.

Michael is a scholar in the field of Digital Media, with an extensive twenty-four-year professional career in the 3D and 2D computer animation and visual effects (VFX) industries, in both the software and production environments. He is a 2015 Team Award recipient for the Ryerson University President’s Blue and Gold Award of Excellence, in the design, development, and implementation of the Master of Digital Media program. He is currently the Lead Project Manager of the Faculty of Communication and Design Cairo Campus, Egypt. His research focuses on Artificial Intelligence (AI) and Culture, both from the perspective of the enculturation of data and in the formation of pre-cultural markers within AI itself. The use of Virtual Archaeology to enhance Art and Archaeological research, as well as the deployment of robotic systems within hazardous archaeological sites. Additional research is in the DNA of 3D points within virtual objects and the representation of providence and provenance data as an actor-network.

Ronald F. Williamson is founder of Archaeological Services Inc. and holds an MA and PhD from McGill University in Anthropology. He is also Chair, Board of Directors at the Museum of Ontario Archaeology at Western University. He has published extensively on both Indigenous and early colonial Great Lakes history.

National Indigenous Peoples Day is a national celebration of the heritage, diverse cultures and outstanding achievements of First Nations, Inuit and Métis throughout Canada. Huronia Historical Parks is proud to be a part of highlighting these achievements through our educational-focused celebration each year. For generations, many Indigenous peoples and communities have celebrated their culture and heritage on or near this day due to the significance of the summer solstice as the longest day of the year. It has been a nationally recognized day since 1996. 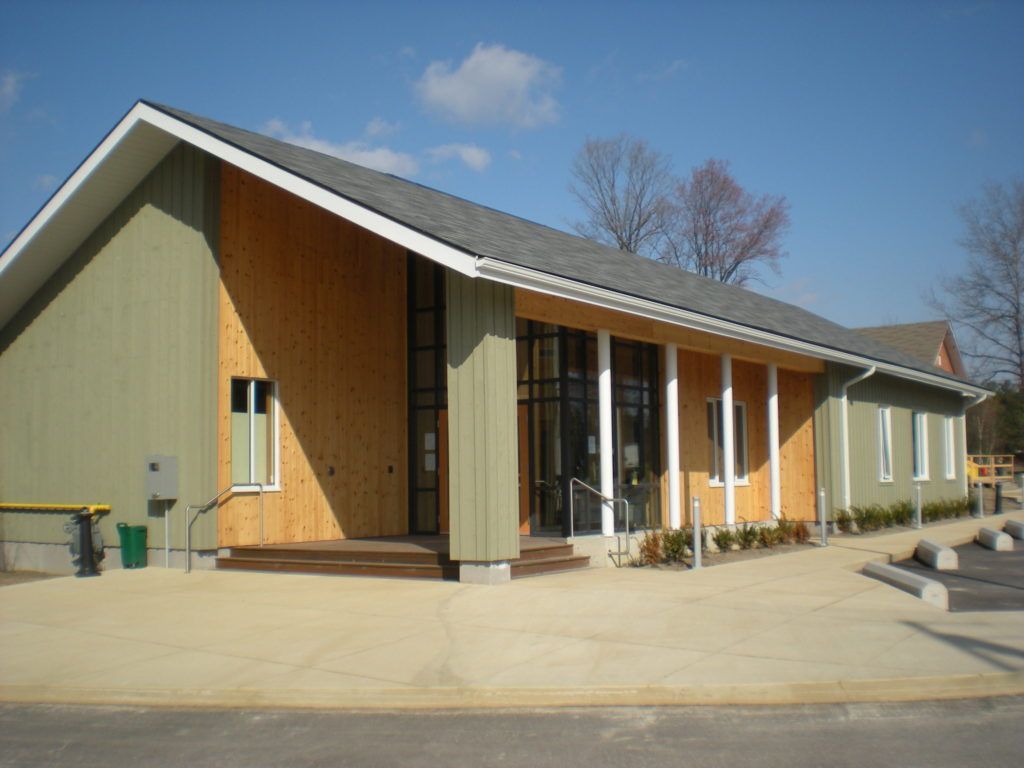