This historic map is printed in the Illustrated Historical Atlas of York County (1878).

Archaeology has shown that the area we know today as Whitchurch-Stouffville was occupied as early as the late sixteenth century. Visit Archaeology Alive! The Jean-Baptiste Lainé Site in Whitchurch Stouffville Virtual Exhibit  to learn about the Northern Iroquoian settlement now known as the Jean-Baptiste Lainé Site that was home to approximately 2,000 ancestral Wendat.

European Settlers arrived in Whitchurch Township as early as 1794. At that time at least three Indigenous trail systems were in use. The Mississauga claim to portions of Whitchurch are on record from the time of the very first attempt by settlers to take up residence in the Township. In 1923 Whitchurch was included as part of the Williams Treaties.

Whitchurch Township was originally 59,743 acres (24,178 hectares) in size. The Township was named c. 1798 by Colonel John Graves Simcoe, first Lieutenant Governor of Upper Canada, after the birthplace of his wife in Whitchurch, Herefordshire, England. The boundaries of the Township were present day Davis Drive, Yonge Street, Stouffville Road, and Durham Regional Road 30.

With the implementation of the Baldwin Act, the Township of Whitchurch became an organized municipal government in 1850, with a Reeve (Joseph Hartman) & appointed Councillors. While maintaining their names, existing hamlets were absorbed into this newly formed Township. The inaugural meeting of the municipal government of the Township of Whitchurch was held at Smith’s Inn in Stouffville on January 6, 1851.

Three hamlets grew into villages and separated from Whitchurch Township for administrative purposes to form their own municipal governments in the following years. They were Newmarket (1858), Aurora (1863), and Stouffville (1877).

Boundary changes took place in 1967 at the request of York County which resulted in the creation of the Regional Municipality of York on January 1, 1971. After much discussion & debate the result was that the fourteen municipalities that existed were amalgamated into nine. 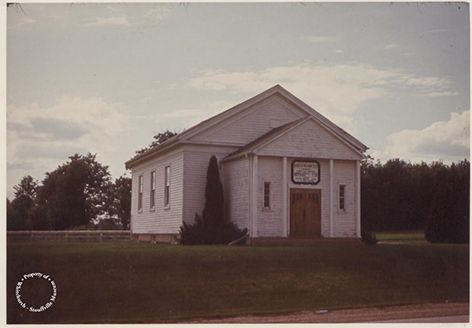 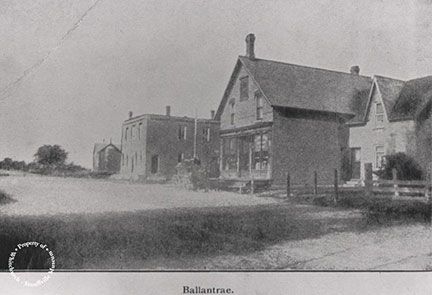 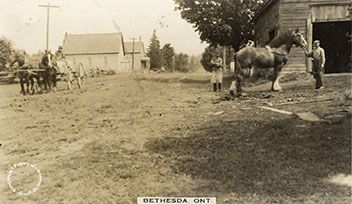 Bloomington, the community located at the intersection of Bloomington Road and Ninth Line, was named 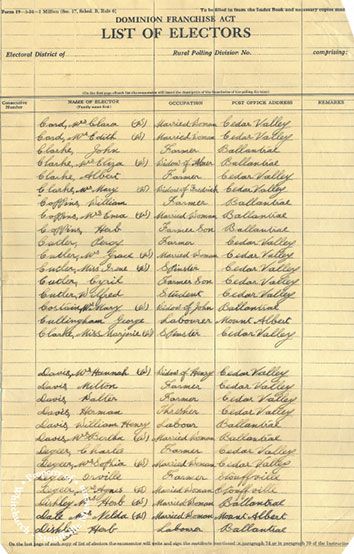 Sawmills and gristmills were early industries for Cedar Valley, operating with power from Taylor Creek. 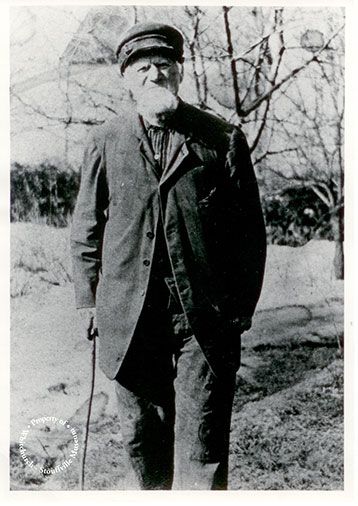 A hillside church on the Hill family farm explains the origin of the name Churchill. 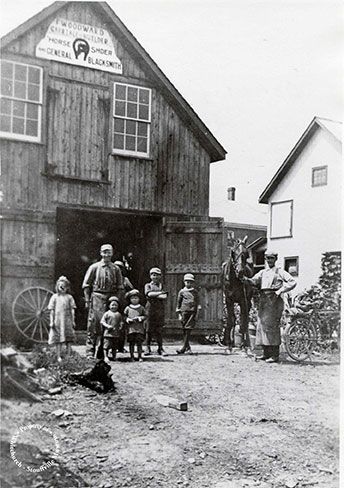 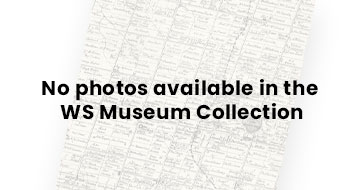 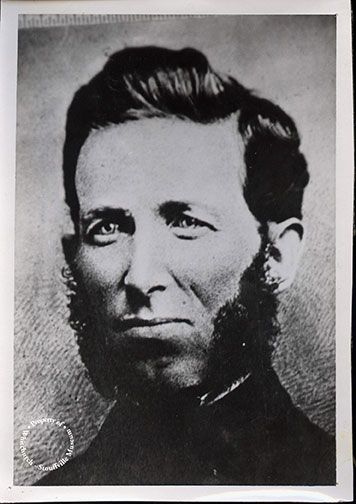 Primarily a farming community, Hartman was named after Joseph H. Hartman of Petchville, a well-respected 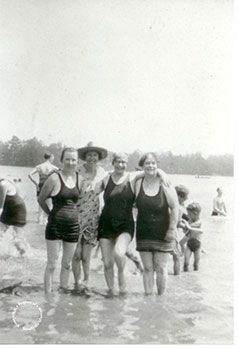 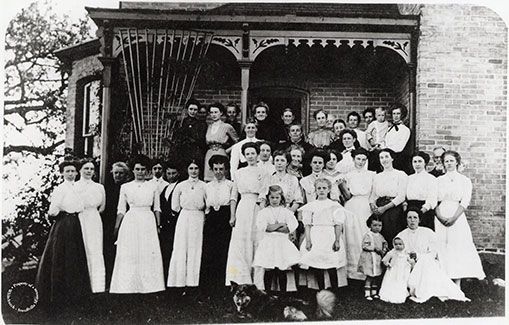 The Lemonville community, located south of Bloomington Road on McCowan Road, was named after George 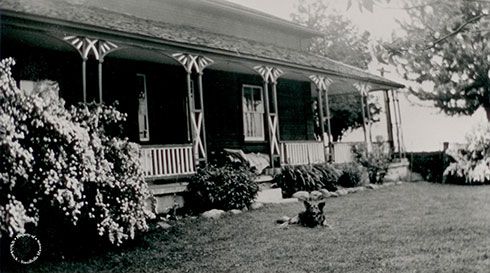 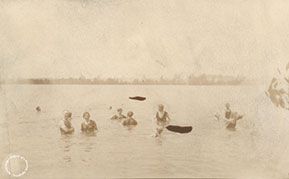 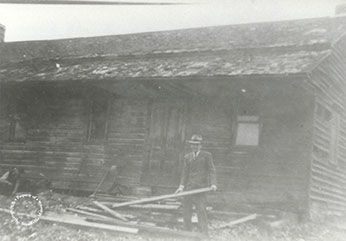 Pine Orchard, the community at Warden Avenue and Vivian Road, was settled in 1802 by 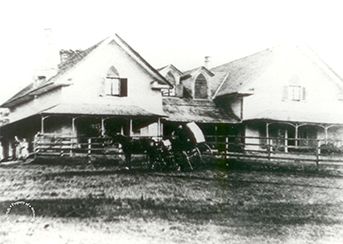 Known initially as Pleasant Valley, this hamlet was originally settled by Quaker families including the 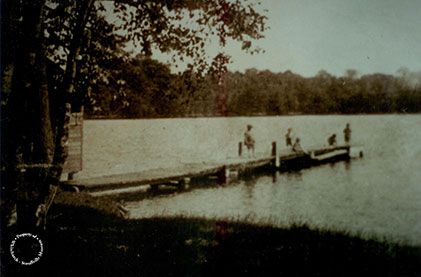 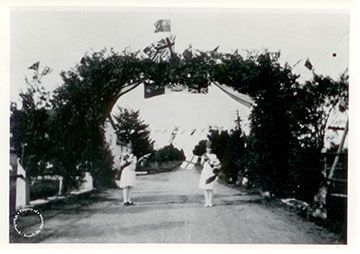 At McCowan Road, north of the Aurora Road, the road ends at a deep gully. 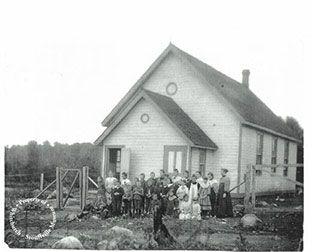 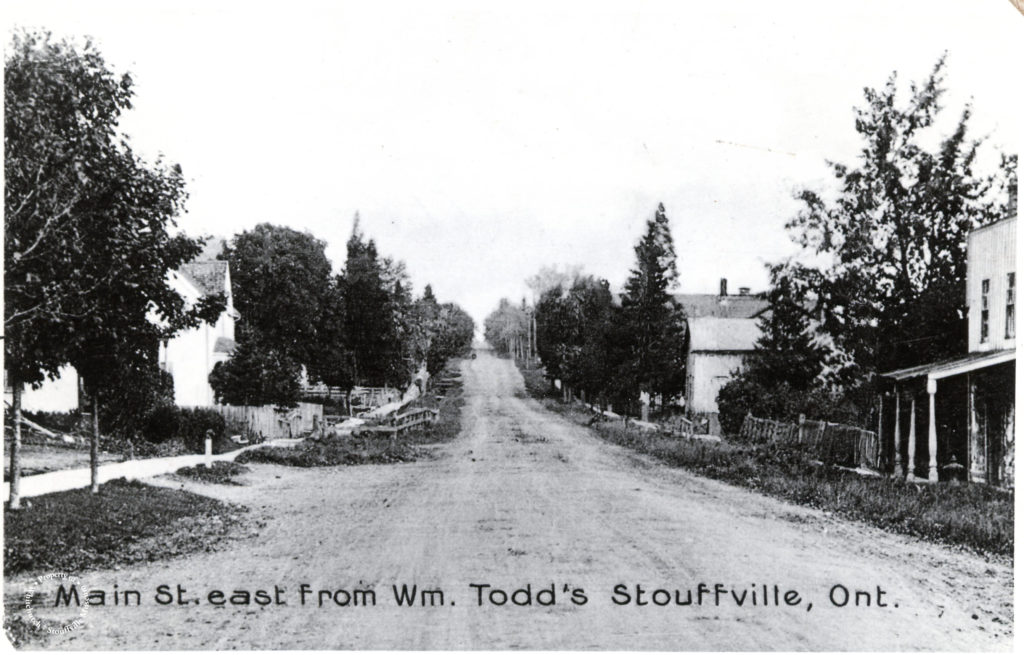 Initially a hamlet of Whitchurch Township, Stouffville got its name from Abraham Stauffer (Stouffer) who 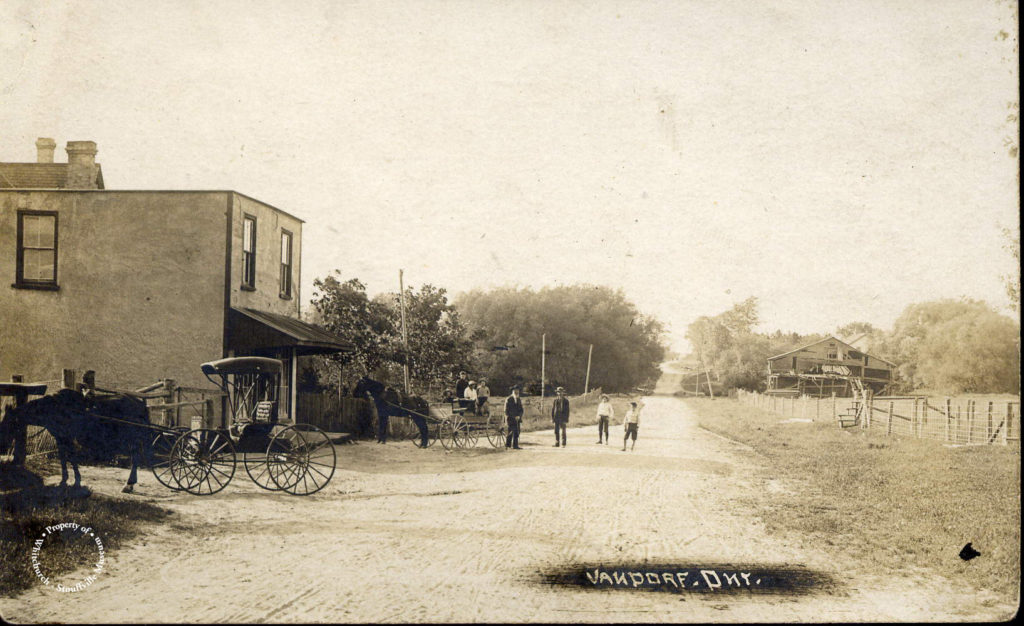 Originally known as “Brookvale,” the community situated at Vandorf Sideroad and Woodbine Avenue had to 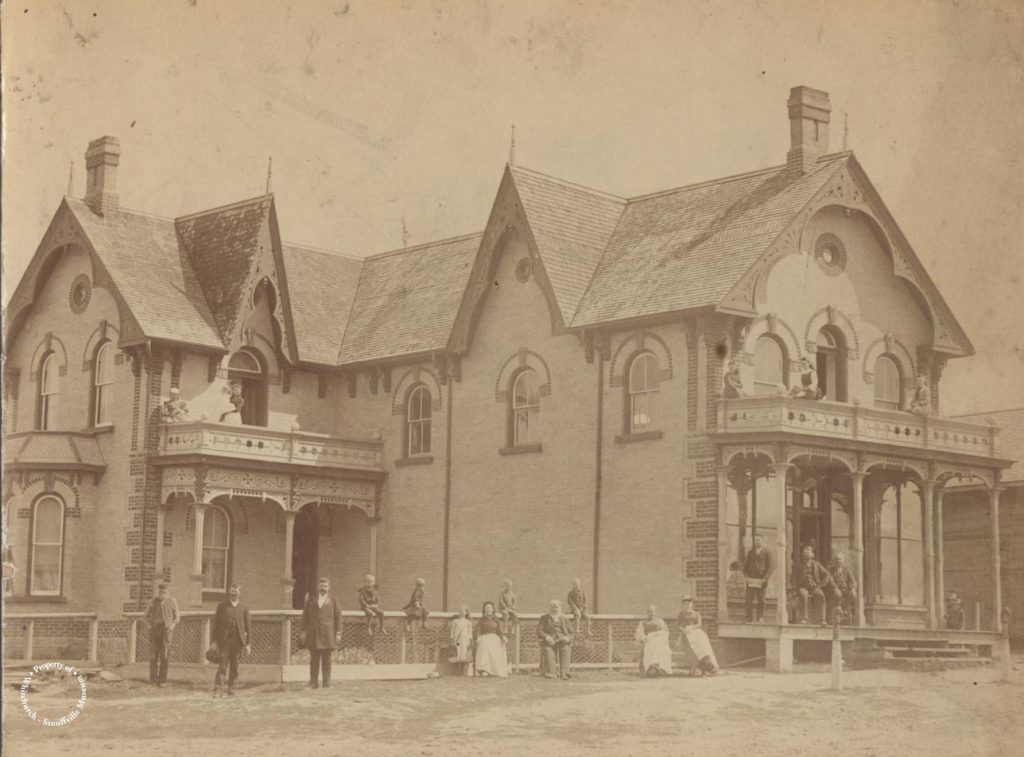 This hamlet was originally known as Sexsmith’s Corners after George Sexsmith, who operated a general 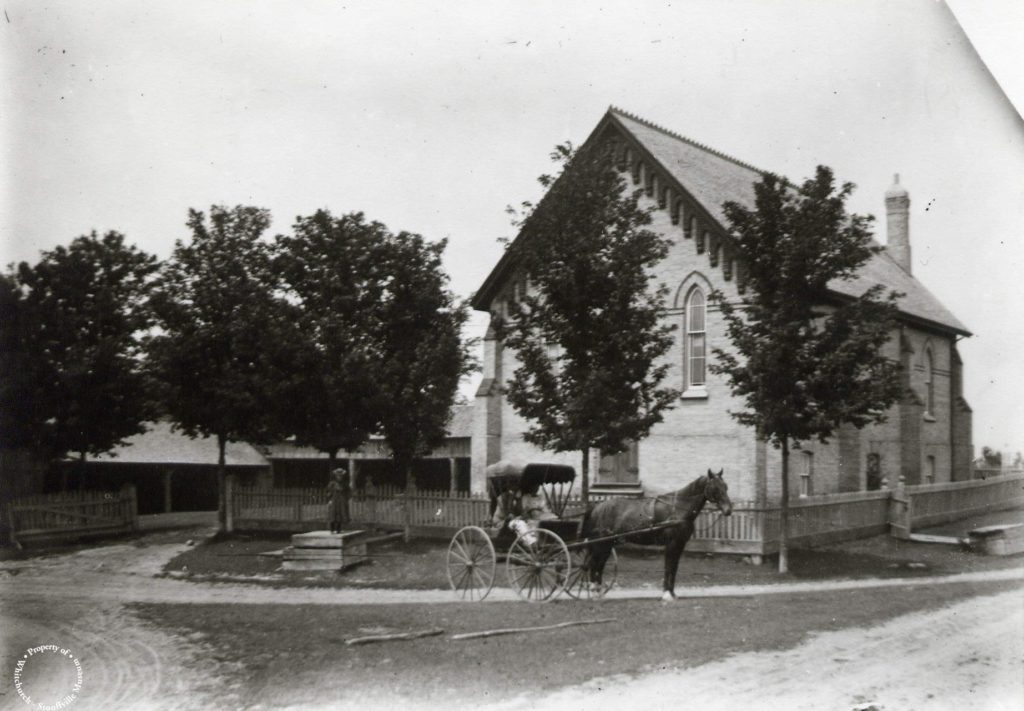 The community of Wesley Corners, located at the crossroads of Woodbine Avenue and Aurora Road, 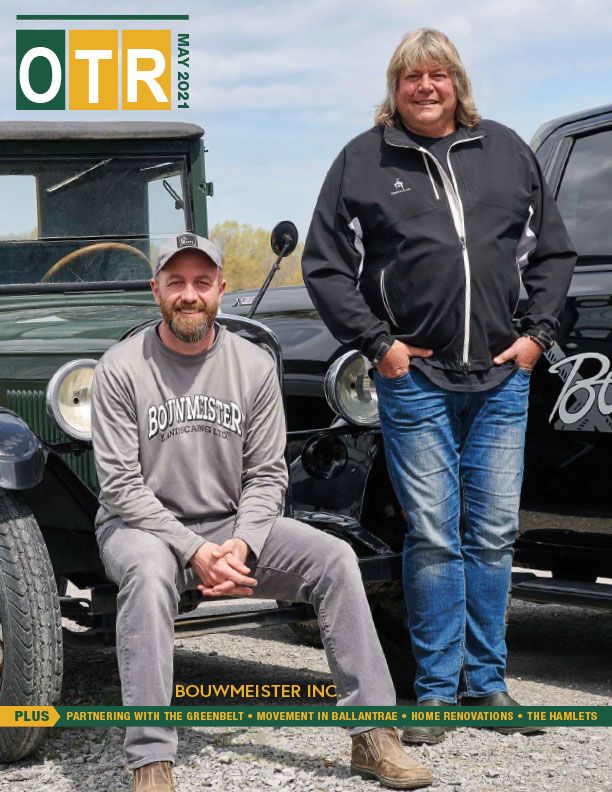 This self-guided driving tour will take you through the different historical hamlets of Whitchurch-Stouffville and provide you with a snippet of information on each one.